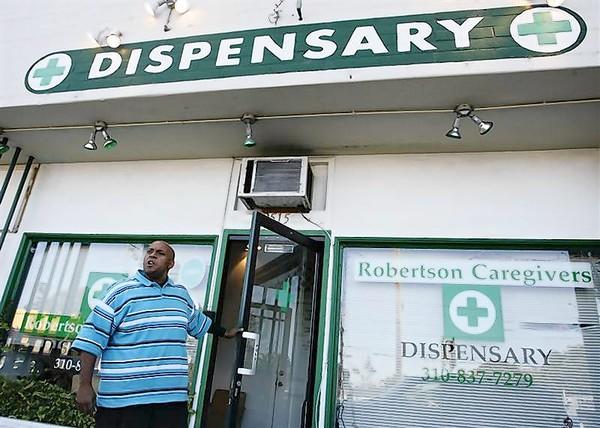 LOS ANGELES (Reuters) – The Los Angeles City Council decided unanimously on Tuesday to ban all storefront medical marijuana shops, in a blow to a industry that operates in violation of federal law but has become the largest collection of pot dispensaries in California.

The 14-0 vote by the council comes after conflicting court decisions on how far local jurisdictions in California can go in cracking down on the cannabis shops. Some observers say the issue could end up before the state’s Supreme Court.

he state’s voters in 1996 became the first to allow the drug as medicine, which inspired dispensaries to open.

Seventeen states and the District of Columbia now allow medical marijuana, but the federal government holds that pot is a dangerous and illegal narcotic and has shut down dispensaries in several states.

Even in Los Angeles, where some officials support the right of patients with cancer or AIDS to have easy access to the drug, city leaders have sought for years to control dispensaries amid complaints about acrid smoke around very profitable, neon-lit storefronts that critics say supply recreational users. And parents have expressed worries their children are being drawn to pot.

There are some 750 registered dispensaries in Los Angeles and as many as 200 more without proper registration, officials said. That dwarfs the number of dispensaries in any other California city and possibly makes Los Angeles the king of medical pot shops in the nation. Denver, by comparison, has hundreds of pot shops and the San Francisco Bay area has over a dozen.

Under the measure approved by the council, regulated and illegal dispensaries would be asked to shut down within 30 days of the measure having been signed by Mayor Antonio Villaraigosa, who supports the ban.

“Relief is coming in the form of having a more focused and intense crackdown on these dispensaries that cause problems in our neighborhoods,” said Councilman Jose Huizar. “If we try to move forward to regulate (storefronts), we will fail. It would be an exercise in futility.”

Even as the medical marijuana industry has faced a number of setbacks in recent years, supporters of full legalization are widening their confrontation with the Obama administration.

Residents of Washington state, Colorado and Oregon are set to vote in November on ballot measures seeking to allow the drug for recreational use, in spite of the federal ban.

Christopher Koontz, planning deputy for Los Angeles Councilman Paul Koretz, said he expects the dispensary community will challenge the ban with a lawsuit, as it did over the city’s past attempts to control the shops.

The city has been unable to collect sales tax from the pot shops, losing out on millions of dollars, he said.